Share a memory
Obituary & Services
Tribute Wall
Read more about the life story of Terry and share your memory.

Mr. Terry Thomas Vann of Dahlonega passed away January 19, 2023. He was born March 24, 1944, to the late Robert Lloyd and Eva Brown Vann in Colquitt, Georgia as the third of four sons. He served in the United States Air Force from 1962-1966 in telephone operations and was stationed at McCord Air Force Base in Tacoma, Washington. Following his service in the USAF, he was employed for 32 years with Southern Bell Communications, and saw the change of the company to Bellsouth, and finally to AT&T.

Mr. Vann was a lifelong woodworker and carpenter, particularly interested in furniture building. His faithful work in volunteering works are fondly remembered by all, including helping to cook for Northlake Baptist Church's "Sonshiner" Group for senior citizens. He worked as well with unloading and distribution of food packages at the Community Helping Place in Dahlonega.

It was there at Southern Bell that he met the love of his life, Ms. Alice Askew. They were married on May 9, 1970. Devout in his Baptist faith, Mr. Vann was a member of Fountain Head Baptist Church in Bainbridge, GA. The Vann's relocated to Albany, GA and became members of Gillionville Baptist Church just outside of Albany. From Albany they were transferred to the Gainesville/Murrayville area and joined Corinth Baptist Church, and Mr. Vann joined the Cooper-Green Prayer Group in Dahlonega Baptist Church. The Vann's joined Northlake Baptist Church in Gainesville and remained faithful members until Mr. Vann's passing.

In addition to his parents, Mr. Vann is preceded in death by a brother, Ronald Vann.

Funeral services will be held on Sunday, January 22, 2023 at 3:00pm, located at Northlake Baptist Church in Gainesville, GA. The family will receive friends at the church, starting at 2:00pm until the time of the service. Internment services will be held on Monday, January 23, 2023 at 3:00 PM in the cemetery of Mother's Home Baptist Church in Mr. Vann's hometown of Colquitt, GA. A visitation will take place from 1:00 PM until 3:00 PM at the church prior. 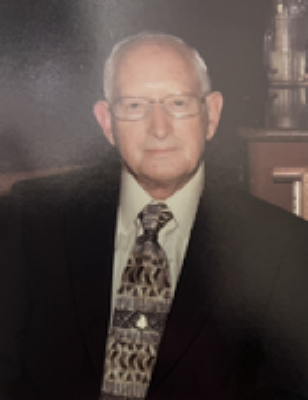