Share a memory
Obituary & Services
Tribute Wall
Read more about the life story of Selma and share your memory.

On Tuesday, September 21, 2021, Selma “Sally” Whorf Baker passed away suddenly at the age of 82 just one day after learning of her eldest son’s passing. It was said that she passed away from “Broken Heart Syndrome”. Sally was the beloved mother of Richard, Paula, Jeffrey, Amy and Brian. Sally was born on July 8, 1939 in Pittsburgh, PA to Anthony “Tony” and Genevieve “Jean” Grzybowski. Sally attended Duquesne University and graduated with a degree in journalism. Sally married Richard Whorf and spent the early part of her married life dedicated to raising her children. When Sally’s first husband was unable to work due to medical problems Sally worked several jobs before beginning her career with USAir which later became USAirways. Sally started as a reservation sales agent and later advanced to working the Capitol Desk. During her time at USAirways Sally’s first husband Richard passed away. A few years later Sally met and then married the love of her life, Leon “Lee” Baker. They spent the first part of their married life in Pittsburgh, PA before moving to Murrells Inlet, SC. They were married for 37 years when Lee passed away in 2020. Sally’s faith has always been a significant and integral part of her life. Sally became more and more involved in church life as the need to provide care for her children diminished. Sally was an active member of St. Malachy Parish in Kennedy Twp, PA. Her involvement there included attendance at daily mass, eucharistic minister including distribution of the eucharist in homes and hospitals, visiting bereaved parishioners as well as assisting in the organization and distribution of gifts from the angel tree at Christmas time. When Sally moved to SC her active involvement in church life continued. Sally joined St. Michael’s Church where she continued to attend mass daily. Sally was also actively involved in the Knights of Columbus and the St. Vincent DePaul Society, Cenacle and the Women’s Guild of which she was named Woman of the Year in 2018. Sally was always one to keep busy. In addition to an active church life, Sally also enjoyed gardening, socializing, decorating and shopping. Sally’s greatest joy was being part of her children and grandchildren's lives, even if it was from afar. Sally was preceded in death by her parents Anthony “Tony” and Genevieve “Jean” Grzybowski, her 1st husband Richard “Dick” Whorf, her 2nd husband Leon “Lee” Baker and her son Richard “Rick” Whorf. Sally is survived by her children Paula Whorf, Jeffrey (Danielle) Whorf, Amy (Dean) Davis and Brian (April) Whorf. Sally also left behind her grandchildren Nathan, Zachery, Calvin, Bennett, Phoebe, Callista, Sophia, Olivia, Jacob, Simon, Luke, Eliana, Owen and Colin along with numerous cousins, nieces and nephews. A funeral mass will be celebrated at St. Michaels Church in Murrels Inlet, SC and a memorial service at St. Malachy Church in Kennedy Twp, PA. Dates and times to be determined. 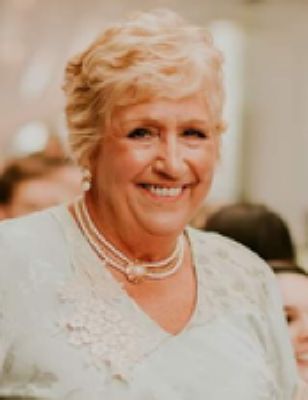