Share a memory
Obituary & Services
Tribute Wall
Read more about the life story of Joseph and share your memory.

Joseph Colosseo is survived by his loving family, his wife: Aurelia Colosseo; son: Andrew
Colosseo and his wife Anna; daughter: Diana and husband Dartanion Combs with children Seth
and Sophia; son: David Colosseo; and sister: Mary and husband Rosario Maranto.
The Colosseo family name originated from the roots of Marsala, Sicily, where his father Andrea
Colosseo and mother Vincanza met and began their life together. During WWII Andrea and
Vincanza left their home in Sicily to a safer new start in Tunis across the Mediterranean Sea. In
Tunis Joseph and his sister were born, then to move after the war finally to the United States in
Chicago, Il.
Joseph Colosseo grew up in Chicago as a young man and became a Chicago Police Officer. This
is where he met his beautiful wife Aurelia Baron at the time. Their love began where he first saw
her working as a supervisor of cardiology at St. Mary’s Hospital. The knot was tied on January 3,
1970. This date marked the start of Joseph’s loving family to be.
Joseph loved his career as a Chicago Police Officer. He later developed his skills and sharp mind
to become a successful builder and savvy investor of real estate. His other enjoyments in life
were hunting, deep sea fishing and diving. His hard work, love and dedication to his family and
friends most of all was what defined him as the Great Legend that he is.
All who met him, loved him. His life impacted and touched so many while his time on this earth.
He will never be forgotten and the memories of him will always be cherished in our hearts.

Joseph Michael Colosseo
“For He is with God” 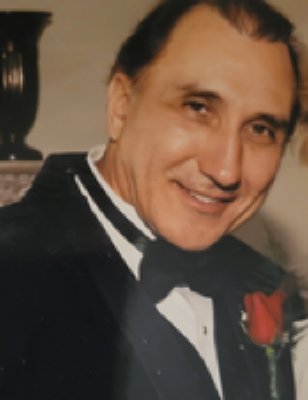