Share a memory
Obituary & Services
Tribute Wall
Read more about the life story of Garry and share your memory.

Major Curtis is best remembered for his service and devotion to the United States Army, serving our country for a remarkable 30 years. His distinctions are many, including the Combat Infantry Badge in 1965 for his valiant service in the Dominican Republic. He was also awarded the Master Parachutist Badge during this time as well. Some of his other decorations and awards include: the Bronze Star, the Meritorious Service Medal, the National Defense Service Medal, the Republic of Vietnam Campaign Medal, his Jump Wings, the Army Commendation Medal.

After redeployment, Ranger Curtis completed the Special Forces Operations and Intelligence Course and was assigned to a Special Forces Group. He next applied to Infantry Officers Group in Fort Benning, GA, graduating sixth in his class as a Distinguished Graduate. His first Officer assignment was at Camp Frank D. Merrill in Dahlonega, Georgia as a Ranger Instructor on the Patrolling Committee. He trained and evaluated Ranger students on both reconnaissance and combat patrols in the rugged North Georgia Mountains. He frequently served as a jumpmaster and drop zone safety officer for airborne operations in Camp Frank D. Merrill. His military education also included the Jungle Warfare School in Panama En route to Vietnam, following his service at CFM in Dahlonega.

Ranger Curtis, while assigned as a commander of a force recon company within the 5th Special Forces Group, participated in at least 25 combat assaults in the vicinity of Ban Me Thuot. One mission stands out above the rest: His company was tasked with conducting a raid on a Vietcong prisoner camp with the mission of finding and freeing United States Agency for International Development (USAID) worker Michael Benge and Betty Olsen, a nurse assigned to the Leprosy Hospital in Ban Me Thuot, Vietnam.

His final active-duty assignment was as Chief Instructor and acting Sergeant Major at Tennessee Tech University ROTC. Having completed 30 astounding years of service in 1988, he retired with the well-earned rank of Major.

Those who will live on to cherish Major Curtis’ legacy include his beloved wife of 22 years, Jewel Seabolt Curtis; sister Carol Legro; children Chris Curtis; Christi (Terrell) King; and Darin White. Major Curtis was a proud grandfather; his grandchildren include Taylor King, and Chandler King.

Funeral services will be held in the chapel of Dahlonega Funeral Home on Sunday, January 22, 2023, at 3:00pm, with Stephen Adams officiating. The family will receive friends on Sunday beginning at 1:00pm until the time of the service. Major Curtis will receive military honors. 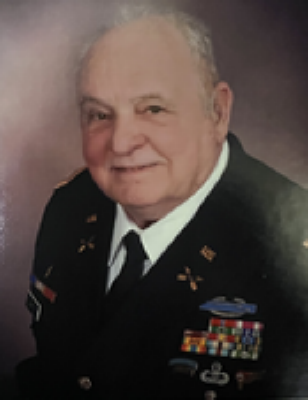