Share a memory
Obituary & Services
Tribute Wall
Read more about the life story of Florence and share your memory.

Florence Roberts of Dahlonega died peacefully at home on Sunday, July 19, having
suffered from Alzheimer’s Disease for some years. She met and married Paul
Roberts her husband (Paul Roberts, retired rector of St. Elizabeth’s Episcopal
Church here in Dahlonega) while teaching in Memphis nearly 52 years ago.
Florence and Paul have two loving daughters: Kathy (Aaron Loeb) in transition
between Santa Monica, CA and London, UK; and Nancy (Trent Malone) in
Cumming, GA. They have been blessed with four wonderful grandchildren: Bryce
Malone (Georgia Tech sophomore), Emory and Cami Malone (Forsyth Central
High School); and T.J. Loeb Roberts (Santa Monica High School but also in
transition to London, where she will attend Southbank International School).
Florence is also survived by two brothers: John Bright (Janet) of Ponte Vedra,
Florida and George Bright of Seattle, Washington; and one niece, Kristin Bright of
Ponte Vedra, Florida.
Florence was born to Gordon and Harriet Bright on February 20, 1941 in Bryan,
Texas. She lived most of her childhood and adolescence in Port Arthur, Texas. On
one occasion when she was a young girl, Florence evacuated with her family to
Houston during a hurricane. It was there she heard the call for emergency
personnel that inspired her to become a nurse.
During her high school years, Florence volunteered with an Episcopal mission for
the Navajo Nation at Fort Defiance, Arizona. She was to become a highly regarded
nurse and educator, holding degrees from the University of Texas (Galveston –
B.S.N), Emory University (Atlanta – MSN in Pediatric Nursing ), Vanderbilt
University (Nashville – MSN in Mental Health Nursing), and the University of
Tennessee (Knoxville – Ph.D in Maternal and Child Health). She taught nursing at
the University of Tennessee (Memphis), Vanderbilt University (Nashville), where
she received tenure, Kings Daughters Hospital (Ashland, KY), where she served as
Director of Continuing Education in Nursing, and Brenau University (Gainesville)
from which she retired in 2007. During her academic career she authored, co-
authored, contributed to and/or edited a number of books, notably Perinatal
Nursing (McGraw-Hill, 1977), an influential text she authored, and which was
published in multiple languages. She contributed to various professional journals
and published a number of well-received children’s stories. Bringing her academic

training to bear on public service, Florence also worked for a time at the
Vanderbilt Institute for Public Policy Studies, the Tennessee Department of
Mental Health, and the West Virginia Department of Public Health. She did
significant volunteer work at Nashville’s Child and Family Services and St. Luke’s
Community House, also in Nashville. In Tennessee and West Virginia her very
meaningful volunteer work included spiritual direction, healing touch for pain
control, and play therapy with children.
Dr. Roberts was a talented and dedicated artist, too, working in both two
dimensions (mostly watercolors) and three (mostly silver jewelry) throughout
most of her adult life. When they first moved to Georgia, she and husband Paul
taught beginning silversmithing at William Holland School of Lapidary Arts in
Young Harris, GA. (Paul still teaches there, with a specialty in the cutting and
polishing of stone cabochons for jewelry.)
A devoted Episcopalian ever since nursing school in Texas, Florence was an active
member of St. Elizabeth’s Church in Dahlonega where her ashes were buried in a
private service on Saturday, July 25. In lieu of flowers, the family asks that
memorial gifts may be made to St. Elizabeth’s, to the Community Helping Place in
Dahlonega, or to the Alzheimer’s Association. A memorial service will be held at a
date to be determined after the COVID-19 crisis has passed. 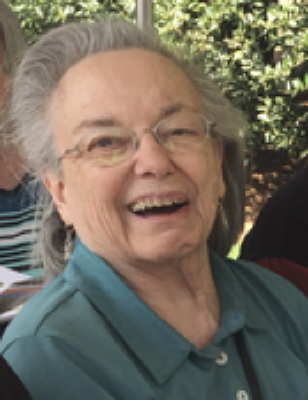