Share a memory
Obituary & Services
Tribute Wall
Read more about the life story of Dr. David and share your memory.

Dr. Hochschild was born on March 11, 1961, in Milwaukee, Wisconsin, to the late Francis D. Hochschild and Pat Wozny.

While in elementary school, Dave became active in Cub Scouts and then Boy Scouts. While still in Wisconsin, Dave earned his Order of  the Arrow sash. At age 16, he became an Eagle Scout, completing an outdoor project at his local library in Fremont, California.

Dave graduated from Los Gatos High School and attended the University of California, Davis, as a pre-med student.

Dave was accepted as a medical student at the Uniformed Services University of Health Sciences Medical School in Bethesda, Maryland. He became a member of the U.S. Army, being on active duty beginning with the first day of his medical education.  He received his medical degree in May 1987 at the Kennedy Center in Washington, DC. President Reagan was the keynote speaker and awarded the diplomas.

Dr. Hochschild was then assigned to Fort Sam Houston in San Antonio, Texas where he served his internship. His next assignment was with the 82nd US Airborne in Vicenza, Italy, where he spent what he said, “were the best 4 years of my military career.” He was a jump master and flight surgeon and served a year in Iraq. Captain Hochschild received The Meritorious Service Medal in 1992 for providing unparalleled health care to the soldiers and families of the combat team, increasing the combat readiness of the battalion.

His next assignment was back to Fort Sam Houston where he completed his residency as an orthopedic surgeon and  was promoted to Major. While at Fort Sam Houston, Major Hochschild received the Army Commendation Medal for meritorious service while assigned to the Department of Surgery. It stated that Major Hochschild excelled at delivering the highest quality of patient care and demonstrated suburb leadership as Chief Resident.  Lt. Col. Hochschild completed his military service at Fort Steward, Georgia.

Upon completion of this military service, Dr. Hochschild and his family moved to Dahlonega where he  joined Dr. Alan Binkley at Northview Orthopedics. During this time, he volunteered as the team doctor for the Lumpkin County High School football team and coached his daughters’ soccer teams for several years.  He served on the NOA Board of Directors and was a member of Rotary International.

He practiced at Northview until late 2018, when he was diagnosed with Frontal Temporal Lobe Degeneration and retired.

In lieu of flowers, the family requests that donations in David’s memory be made to The Association for Frontotemporal Degeneration, 2700 Horizon Drive, Suite 120, King of Prussia, PA 19406 or on-line at theaftd.org  or a local charity of your choice.

A celebration of Dave’s life will be held on December 11 at 1:00 PM at The Dahlonega Funeral Home, 20 Gibson Road, Dahlonega. 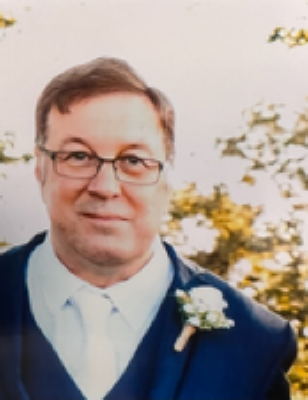