Share a memory
Obituary & Services
Tribute Wall
Read more about the life story of Donald and share your memory.

Donald Pierce Ledford calmly left this world on December 28, 2022, for a better home. Donald was born on March 23, 1939, to Ernest Ledford and Louise Ledford (Gilstrap). Being the eldest child of his family must have shaped Donald’s formative years, because he developed a natural tenacity, wit, patience, and personal style that was legendary among his family, his friends, and his employees, .

Donald would embark upon an adult life in which he would use his aforementioned talents to successfully manage and/or own a wide variety of businesses. One would be hard-pressed to find one of his children, in-laws, or grandchildren that do not have vivid and often hilarious memories related to these business ventures.

Donald is survived by the love of his life and best friend, Willodean Ledford (Bowers) of Dahlonega. He leaves a lifetime of memories to his children Donna, Anita, Tina (Clarence), and Patrick (Beth) of Dahlonega. He is survived by his grandchildren Christopher (Lindsey), Whitney (Chris), Adam (Luis), Morgan, Alex, Jonathan, Katelyn (Whitney), Will (Chelsea), Kennedy, Tucker, Eli, and Emma. He is also survived by his great grandchildren Maddie, Michael, Caroline, Olivia, and Beau.

Donald was predeceased by his children Beverly Lee and Kirk Ledford, parents Ernest and Louise Ledford, and his siblings Eddie Ledford and Lavonne Free. . 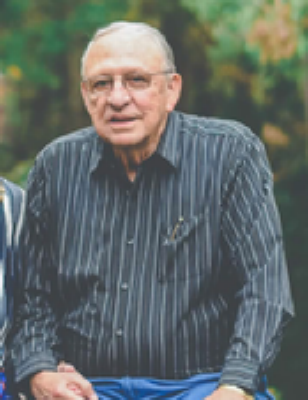